Nightlife in Budapest usually starts after 11 pm. but the best time to start a pub crawl is about 9 pm. The best of Budapest’s nightlife center in the party district of the city with wide variety of nightclubs and bars. This part of the city called the pulsing heart of the never sleeping Budapest. The best place to have a mind blowing night. Every weekend, and nowadays even on weekdays, locals and foreign people love going out in the city. Most bars , pubs, clubs, and strip bars are open until 4 or 5 am. 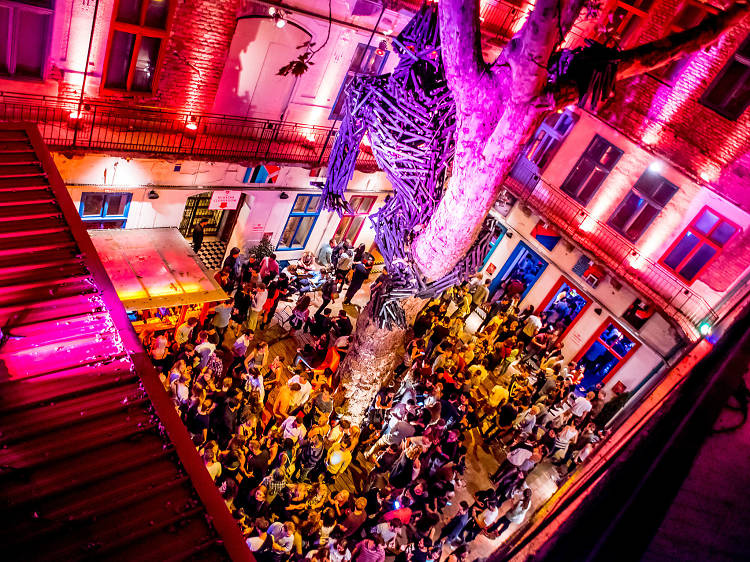 Night out in the Capital of Hungary offers plenty of options to play. Whether you want to chill, drink, go mad or all of the above, Budapest has the very best spots to satisfy your craving for one last party with the Stag do Group or with the Hen Do squad.

Party district in the heart of downtown: Get to know Budapest at night!

The classic small streets with their magnificent buildings, the Budavár Palace or the Heroes’ Square are just a few examples of what makes this city so loved. You can admire Budapest from the Gellert Promenade or feel part of history in the Castle District. But many attractions alone would not be enough to attract young people from all over the world to Budapest.

The bustling nightlife, the numerous nightclubs and the many activities that make the day trip out of town.

A range of high-quality nightclubs

Staying in any part of the city center, you will almost certainly be a few minutes’ walk from a nightclub. There are a variety of styles and music to choose from when you are out in the city for fun and don’t even have to travel a lot.

The Budapest Party District – headquartered in VI. District Király Street – the busiest nightlife in the city. There are dozens of cafes, pubs, nightclubs, ruin pubs and bars in the area. In addition to Király Street, there are super places on Wesselényi Street, Akácfa Street and Kazinczy Street.

The area is perfect for stag and hen parties, as everything is fine: delicious food, great drinks and quality entertainment. 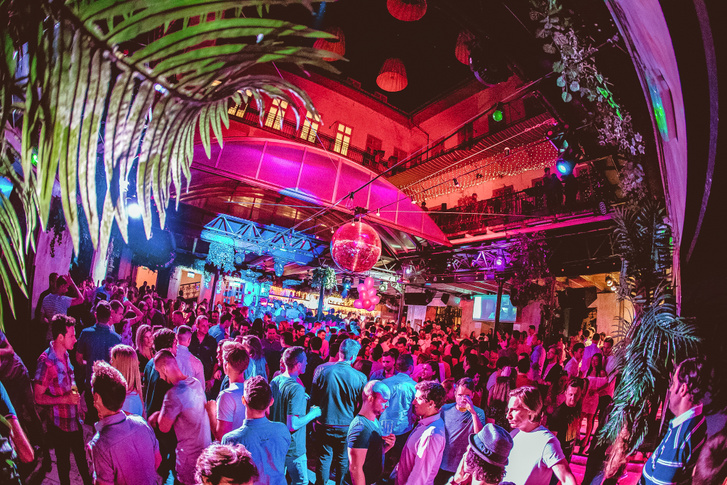 How long does the party district last from exactly where?

If you really want to define it, then the area bordered by Rákóczi Street – Bajcsy Zsilinszky Road – Boulevard and Deák Ferenc Square can be called the nightlife center of Budapest.

Those who don’t like dancing or just wanting to have a nice drink with friends and acquaintances also have plenty of opportunity in the party area. There are a number of pubs and bars waiting for you to make delicious cocktails or fill your favorite drink. Those who prefer a fine beer can choose from a variety of craft beers and specialties at the local ruin pubs. For a start, it’s worth trying the 0.75 bistro at St. Stephen’s Basilica. Here you can choose from many Hungarian wines and fine dishes. For those who have a hard time deciding which wine to choose, there is a three-course wine tasting menu that will not disappoint you! For beer lovers, we highly recommend Horizont Taproom, one of Gozsdu Court’s premier breweries. Guests can choose from many foreign and Hungarian craft beers. If you are looking for a special cocktail, the Boutiq ‘Bar is one of the best choices. Scroll through the hearty menu of the cozy cocktail bar to find the right refreshment. All this just a few minutes from Deák Ferenc tér! Even the party district will not disappoint those who want to eat only one delicious taste of Budapest’s best street food. While strolling through the streets you can discover healthy dining, Mexican food, but of course Turkish and Italian cuisine. For those looking for street food, visit the Caravan courtyard where you can choose from several food trucks under the open sky. Flavored, bbq and vegan foods are also available. All this in the very center of the party district, on the corner of Kazinczy and Wesselényi Street, so it would be a pity to miss it! For those who prefer Middle Eastern or Mediterranean flavors, we recommend Dobrumba. The open space on the corner of Dob and Rumbach Sebestyén Street (hence the name) is really cozy and we can bring our pets here too! For lovers of more sophisticated locations, Gozsdu Court offers many options, both food and drink. The courtyard has its own roof terrace, but the other roof terraces of Budapest provide a unique experience.

An example of this is the roof terrace at 360 bar on Andrássy Avenue, which offers breathtaking views of the city. 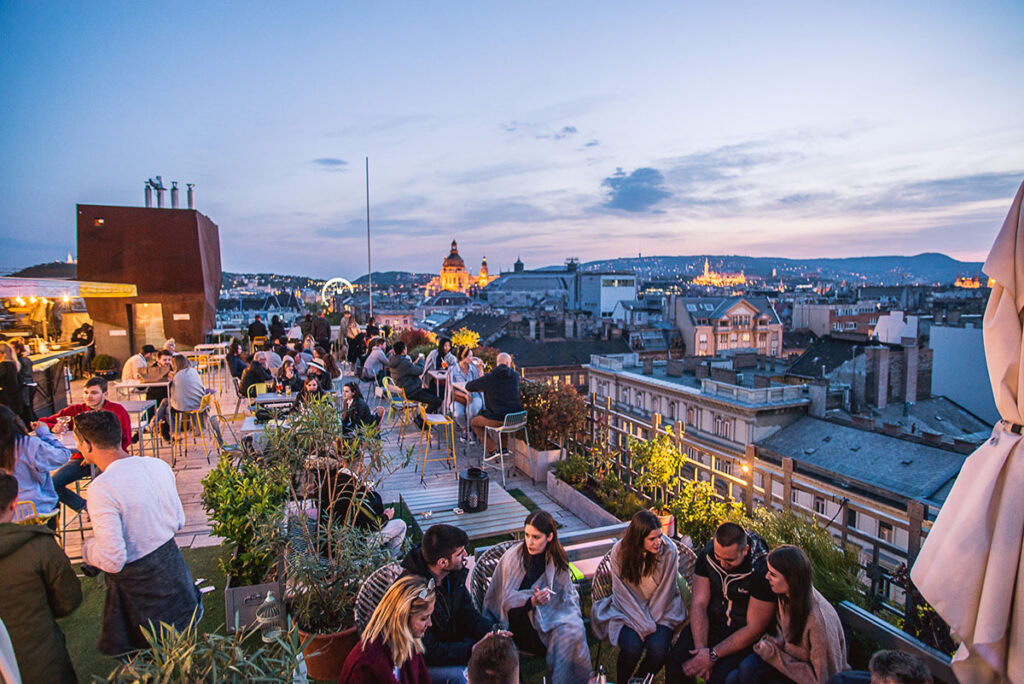 Ruin bars are becoming more and more popular all over Budapest, so we can meet more exciting places in the party area. Of the more than 100 ruin pubs in Budapest, many can be found in this area. For example, the Simple Garden, opened in 2004, was the first such site in the city.

The Fogasház is located in the middle of the party district. After 10pm, the ruin pub is also a nightclub, with multi-story rooms featuring a variety of musical styles.

What do we call a ruin pub? These are bars that have been set up in ruined old buildings and have not been renovated to preserve the spirit of the place. This is why downtown’s classic buildings are so popular: they turn out to be a spectacular attraction in daylight and are taken over by the young and entertained at night.

Accommodation near the party district

In the heart of downtown, not only is the entertainment endless. Many great accommodations can be found just steps from the best entertainment venues. Mellow Mood Hotels also has facilities that are located in or near the party area so young people can choose among our accommodation options. The best options for entertainers are the Marco Polo Top Ho (s), the Atrium Fashion Hotel, the Baross City Hotel, the Star City Hotel and the Atlas City Hotel.

Those staying in this area do not have to worry about the noise of the night. The nightclubs, taking into account the people living here, take care not to disturb those who do not want to party. There is also good public security in the area: numerous cameras and patrol officers assure visitors that they are safe.

Daytime activities in the party district

If you don’t just want to get out at night and have a look at all the sights in the area, there are plenty of activities in the party area. It offers an exceptionally beautiful view of Budapest from the top of the Budapest Eye. The clock wheel on Erzsébet Square can be seen from the Danube, the Buda Castle and a number of outstanding historic buildings.

If you are looking for excitement, the dozens of lounges available in this area are great opportunities. With a group of friends, the best choice is to spend hours and hours of activity and relaxation. 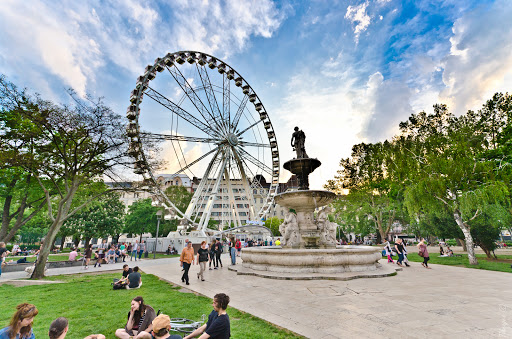 You don’t have to go far for culture either

Beyond the wild nights, everyone desires a bit of silence, tranquility and relaxation. Of course this is also possible in the party district. If you want to relax after a busy night, we have the opportunity to watch a superb play at the Örkény Theater or take a walk on Klauzál Square. And underground museums are open to museum lovers.

The party district is easily accessible from anywhere by car or public transport. The tram on the Boulevard, which runs every few minutes, or the M3 underground station is at the gate of the party district. Taxi drivers are ready for the gold mine, as they want to travel at any time due to the many entertainment venues they are sure to find a free car within a few meters. Guests arriving from abroad can quickly reach this part of the city center as the Ferihegy – Király utca distance can be reached by car in half an hour. And for night owls (who don’t want to party), there are shops that are open at night.

You must be over 18 if you want to buy alcohol or cigarettes in Hungary.

If you visit Budapest you must visit Deák square. It’s one of the most popular meeting point in the city, and a significant intersection of Hungarian youth. The area is full of clubs, bars, restaurants, and you can wantonly sit outside in the huge park of the square.

You can meet hookers advertising themselves on the street especially in Király street and Dob street. Don’t ever spend a single cent on them, because they might rob you. You can easily find drug dealers on the same street but never buy anything because drugs are dangerous and it’s very illegal to use them in Hungary.

Budapest is the most popular stag do destination in Europe, and it’s full of strip bars. Never go to any strip bar without asking us. We can take you to an elegant and safe one. The other could charge you with fake amount of consumption.

If you want to look at the city from different angle, try Buda side where you can easily climb up to Gellért hill with a bottle of wine (drinking is not aloud on the streets), and admire how amazing Budapest is. You can find open air music clubs especially summer time like Romkert club or Pontoon near the astonishing Chain bridge.

The public transportation is very good at late night or early morning as well, but you can easily take a taxi (only from a company). Freelancers could charge you lot more. They have black sign on the top of the roof.

Budapest number one R&B and Hip Hop club with amazing party culture and colorful variety on quality drinks. The party starts by 10 pm, but the place is not crowded that time. Peaches & Cream is the official partner of Stag VIP Budapest. We can take you there by different ways or we can book the best tables for you. Peaches & Cream is a safety and well trusted nightclub with unique atmosphere and professional services. Book your table with us. 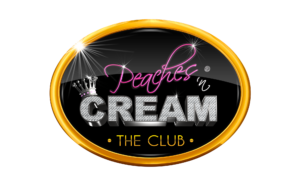 As many clubs are closed near Basilica area 5kert became the number one club in that area. The drinks are more expensive but the quality is on a higher level. The club is full of beautiful local girls and hot local boys. This club gets full very soon, as it opens by 11 pm on Thursday, Friday and Saturday. There are two dancefloors for different music and one hidden Club uniquely in the Club called the Secret Room. Don’t let the opportunity to visit this pearl of the 5th district.

One of the greatest party complex of the pulsing 7th district of Budapest. Fogasház became mainly music club, with from the quiet evening acoustic gigs to the night DJs of all kind. Thematic parties or current bashes, for all it was worth, and still it’s one of the most popular nightclubs of Budapest. In 2017 Fogasház and another famous club Instant melted in one big party complex. It’s usually the last station of our legendary pub crawls. Interesting and exciting to see how a one-room underground ruin club became the biggest and the bravest concern, the first grandiose party venue in the capital, what had never be seen here before. We are pretty sure they won’t let us down with the newnesses.

One of the biggest event halls in the city center of Budapest. Deák square perhaps the best-known meeting point of downtown Budapest, and this club is in the middle of everything. There is always a good concert and a smashing exhibition, performance, or other event happening here, in a friendly scene, situated right in the city center. Even if it’s just a relaxing cocktail with fine food on the terrace, or a trance night till early morning this place is is unbelievable with it’s different shades.